Flutter vs. Native mobile app development which Is better for your business

Flutter technology is a free, open-source mobile UI framework released by Google in 2017 and is becoming increasingly popular for mobile app development.

Flutter benefits include developing mobile apps using a single codebase, and developers can create these for iOS and Android at the same time. Flutter apps appear as close to native as possible without the extra time and cost that goes into developing two separate apps using different codebases for both platforms.

All of this makes Flutter the ideal solution when developing multiple apps for the same client, more cost-effective with a faster go-to-market transition.

In this article, we take a closer look at Flutter technology, Flutter app development, and Flutter benefits and compare it with native mobile app development.

Flutter is a free, open-source product of Google. Anyone and any developer can use it to create apps for multiple ecosystems — especially iOS (Apple) and Android — with a unified codebase and user-friendly UI framework.

Developers also need to download and familiarise themselves with the Dart codebase. This is used for front-end development, making it ideal for use with Flutter when developing mobile apps.

Dart’s syntax is similar to JavaScript and Java-based coding language derivatives, making it easy to use and very comfortable for most developers to get used to quickly.

Here’s what Google says about Flutter:

What Are The Advantages Of Using Flutter Technology For App Development?

As many app development companies and their clients are finding out, there are numerous advantages to using Flutter for mobile apps, such as:

Flutter includes something known as Hot-Reload, so you can view them in real-time once you've made changes. It’s only a brief pause between making changes and seeing them update directly to the application.

Naturally, significant changes mean you need to reload the app. But smaller UI-based design changes can be made in real-time. It makes it easier for a client to see what you’re working on without waiting for a slow-loading compilation to go live.

Simple and easy to learn and use

Flutter is a modern and easy-to-use framework. Developers can create mobile apps that look and feel native without writing loads of new code or getting stuck with coding headache.

Unlike some open-source projects, the documentation you get with Flutter is a valuable asset. It’s documented well and includes primary use cases and answers to questions you might have when developing an app using Flutter.

With Flutter, it takes less time to develop a mobile app. Less time means lower cost and faster time to market. This is a huge advantage for startups developing MVPs and for companies looking for a relatively inexpensive mobile app being developed.

The true beauty of Flutter is that you — and neither will anyone using it — know the difference between a Flutter app or a native app. From the user’s perspective, it will look and feel the same.

Unlike developing an app for individual native platforms, Flutter is also supported by an active community of Flutter developers and two IDEs — code editors. The main ones are Android Studio (IntelliJ) and VS Code.

Not only that but using Flutter means you don’t need to develop apps for more than one platform separately. The same app development team can work and release one app for every client, all of them built using Flutter instead of multiple teams, costing clients more money.

One of the main Flutter benefits is that it’s time- and cost-effective for clients. It’s also a beautiful UI to develop and design apps within, with numerous features that feel native. So, once an app is launched, not only will users love it, but they’re easier to update and keep improving when new features and updates are needed.

Native app development, in comparison, is more challenging and costly. If it costs more to develop an app, it will take more time to launch it. Also, more can go wrong when developing an app for more than one platform as they won’t be sharing the same codebase.

The Universal Solution For Any Business

In March 2021, when Flutter 2 was launched, it included a wider range of solutions for different platforms. Now developers can build apps for iOS, Android, Windows, macOS, Linux, and several popular browsers, including Chrome, Firefox, Safari, and Edge. Now developers can build apps for mobile platforms and web-based browsers, making them even more helpful.

Flutter is the mobile app development solution that you need. Businesses benefit when apps are developed using Flutter.

TechWings can provide you with a dedicated team of experienced Flutter app developers and native app developers. Contact us today to get started.

Write to us to get a free consultation with our experts.

We help customers to achieve their goals faster through design and technology thinking. 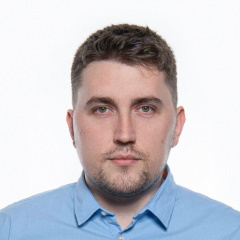